Jim, a Virginia resident since early childhood, graduated from high school in Lynchburg. Jim entered the University of Virginia where he majored in history, minored in English, and played club lacrosse, which he also refereed at the high school level. Upon graduation Jim taught high school history and coached lacrosse in Central Virginia.

Jim attended the T.C. Williams School of Law, University of Richmond, where he was a member of the Moot Court Board and worked as an intern at the Office of the Attorney General during his last year in law school.

Jim next worked as a staff attorney at the Office of the Attorney General before joining the Commonwealth Attorney’s Office for the City of Richmond where he had the opportunity to receive extensive trial experience. While working as an Assistant Commonwealth’s Attorney for the City of Richmond Jim attended the career prosecutor course at the University of Houston after which he received significant jury trial experience in Richmond before returning to Lynchburg to begin the private practice of law.

After several years in the general practice of law Jim narrowed his concentration to civil litigation and criminal defense trial work. Jim served as an adjunct faculty member at Central Virginia Community College where he taught criminal law and procedure in the College’s paralegal program. Later Jim attended the National Criminal Defense College at the Mercer Law School in Macon, Georgia. Jim’s trial practice has included civil and criminal legal representation in state and federal court. 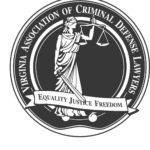 Jim’s legal practice focuses on helping individuals in Central Virginia who have been injured by the negligence of others in motor vehicle accidents including motorcycles, automobiles, and tractor-trailer incidents. Over the years Jim has handled serious personal injury cases including wrongful death. 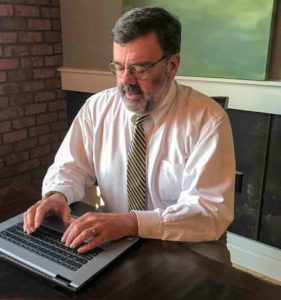 Jim’s criminal defense practice includes representation on felonies, misdemeanors, and traffic matters, including driving under the influence. If Jim feels that he cannot help an individual with a problem, he will do his best to help that individual find the right lawyer who can.

Jim and his family live in Bedford County where his wife teaches kindergarten and his three children have participated in youth, recreation and high school sports at Jefferson Forest High School. Jim has served as a recreation youth basketball coach. He has helped as a volunteer lacrosse coach at the youth, recreation, and high school level, and one day hopes to resume lacrosse officiating, if and when, his work obligations, family duties, and aging knees permit.